Gold is a chemical element with the characteristics of a metal, present in the earth’s crust in a scarce quantity, has a yellowish and bright hue. It is one of the most precious elements in the world, precisely because of its lack of abundance, and also because it is one of the elements that is most used to produce jewelry such as earrings, chains, bracelets and crowns.

About three-quarters of the World production Gold is consumed in jewelry, although there are also industrial applications (especially electronics) and some medical or coin minting.

Where is the gold obtained from?

Gold has magmatic origin, which implies that it is found in the interior of the earth at a great depth that makes geothermal energy even higher than the melting point of this material. However, the enormous pressure of the underlying rock load prevents it from reaching the fusion state.

When the magma rises to the surface is that a magmatic differentiation occurs, which produces hot and supersaturated solutions that approach the surface and when they cool down they deposit the minerals that they bring in solution: these are the hydrothermal minerals that move originating the gold deposits. 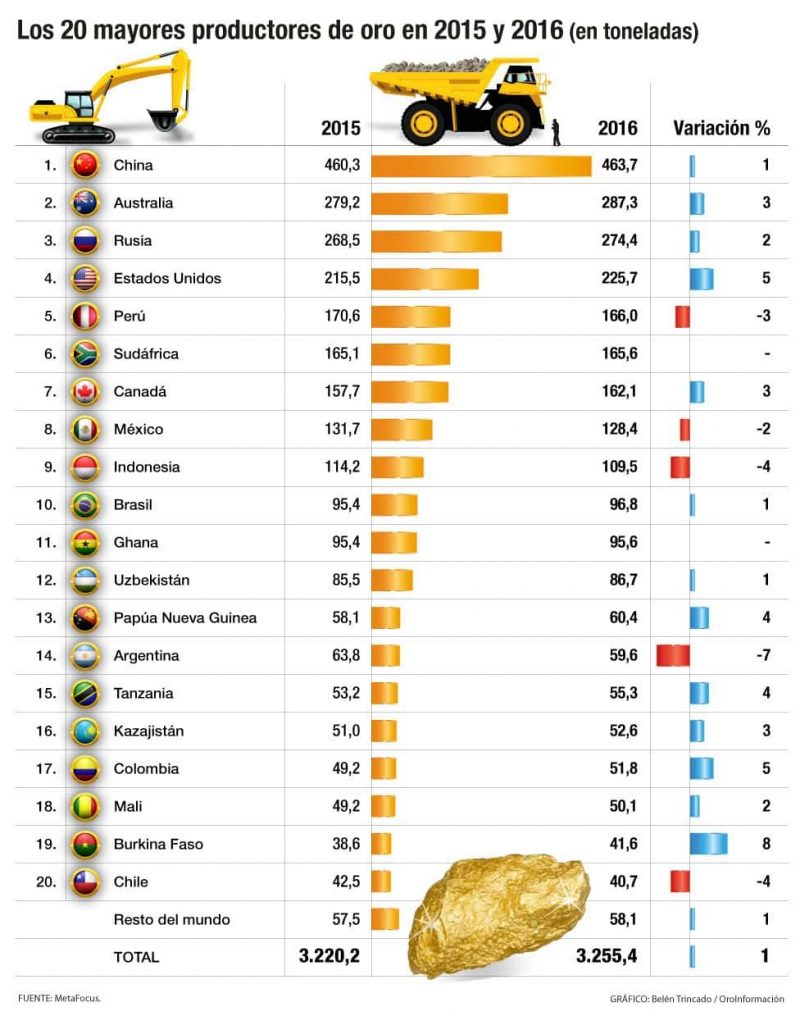 The state of gold in nature is generally isolated, although sometimes it is mixed with mercury or silver, or in minerals such as calaverite, silvanite or nagyagite. In underground or open pit mines where gold is found, there is never more than 5% gold per ton of rock.

The methods of gold refining In general, they are associated with washing and filtration in the mine, to then be sent to the mill where it is ground into smaller particles with water. The final step is to pulverize the mineral by grinding it again.

Most of the processes looking for separate gold from ore They use cyanide in different ways. A weak cyanide solution with zinc forms a chemical reaction that separates the gold from the ore, from which the gold is then removed with a filter press.

In other cases the separation occurs with a carbon paste, while finally there is the leaching, where the mineral is placed in pads in the open air and only there is cyanide sprayed. This method takes longer to separate the gold, but is cheaper and can be more effective.

Gold deposits in the world

The deposits The world’s largest golds appear in different parts of the world such as Indonesia, the United States (in the Nevada area), Peru, or Argentina (in the San Juan area). Different companies stand out for the exploitation of gold, such as Barrick Gold, Newmont Mining or Buenaventura.

The Central banks of the countries also use gold as a store of value, reaching a total of 165,000 tons of gold between them. The Central Bank of the United States has 8,965 tons of gold, while that of Germany has 3,747, being the two sovereign nations that have the most: the European Union as a whole, on the other hand, exceeds them reaching 10,792 tons of gold.