The lead (Pb) It is a chemical element of the Periodic Table of the elements. It is a soft, ductile and malleable metal. It is also toxic, so ingestion should be avoided. 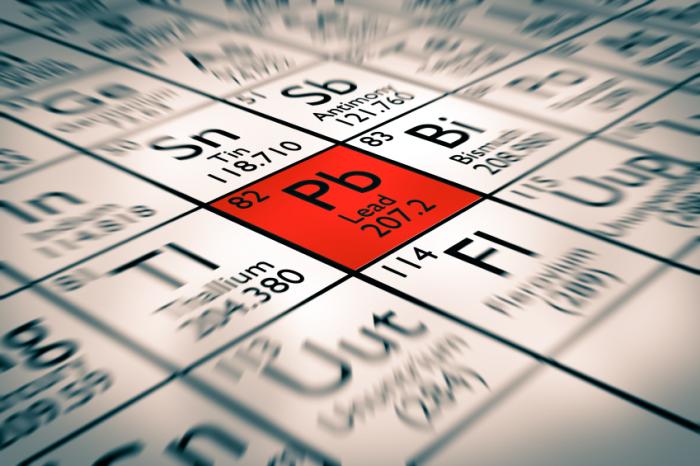 Where is lead obtained from?

Much of the lead is extracted from underground mines. However, this metal is not in its elemental state, so there are several minerals that may contain lead, but there are basically three minerals that are used to extract it: galena, cerussite and anglesite.

In galena lead is found mainly in the form of lead (II) sulfide (PbS), in cerussite in the form of carbonates (PbCO3) and in anglesite forming sulfates (PbSO4). There are other minerals that contain lead, but they are less abundant.

The mineral from which lead is most extracted is galena, where it is found as lead (II) sulfide. This mineral contains 85% lead and the rest is sulfide, cadmium, antimony, bismuth, copper and silver. There are deposits of galena in Germany, Mexico, the United States, Spain and Australia.

To extract lead from galena ovens are used where the ore (rock or mineral that contains a certain chemical element) is roasted and lead oxide and a mixture of lead sulfates and silicates are obtained, as well as salts of other metals that can appear in small quantities.

If lead is subjected to a furnace by calcination in this process, several pollutants: bismuth, arsenic, cadmium, copper, silver, gold and zinc. After obtaining a molten mass in a furnace that is called a reverberatory furnace with air, sulfur and steam, these manage to oxidize the polluting metals with the exception of gold, silver and bismuth. The rest of the pollutants that float as waste are removed from the process.

Not all lead comes from mining. Only 50% of the obtaining of lead is derived from there; the other 50% comes from accumulator recycling (batteries) of automobiles.

The main use of lead is the manufacture of batteries or rechargeable batteries. In addition, today it is widely used as shielding for protection against radiation, such as X-rays and gamma radiation, both in hospitals, laboratories and nuclear facilities. On the other hand, it is also used to cover television, telephone, internet and electricity cables.