The nucleic acids They are the fundamental polymers for the construction of life. They are gigantic chains of molecules (monomers) called nucleotides (molecules made up of a pentose, a nitrogenous base and a phosphate group), linked together by covalent bonds (phosphodiester). All the genetic information of a living organism resides in nucleic acids. For example: Deoxyribonucleic Acid, Peptide Nucleic Acid, Glycolic Nucleic Acid.

These acids control and direct the synthesis of all the proteins that make up a living being, as well as their specificity and their role in each of the vital processes. In addition, they are key in reproduction, since they allow the formation of new chains that will constitute an entirely new individual.

The name of nucleic acids comes from their location in the cell nucleus, from where they were first extracted in 1869 by Johann Friedrich Meischer.

There are two different types of nucleic acids in all living things:

They are structurally distinguished in that the DNA has the sugar deoxyribose, while the RNA it has ribose. Their constitutive nitrogenous bases also differ: DNA has adenine, guanine, cytosine and thymine, while RNA replaces the latter with uracil. On the other hand, DNA is made up of two helix-type strands and RNA is made up of only one.

Both nucleic acids fulfill different functions in the processes of biological synthesis: DNA is primarily responsible for encoding information to synthesize proteins, while RNA is responsible for the synthesis of proteins. 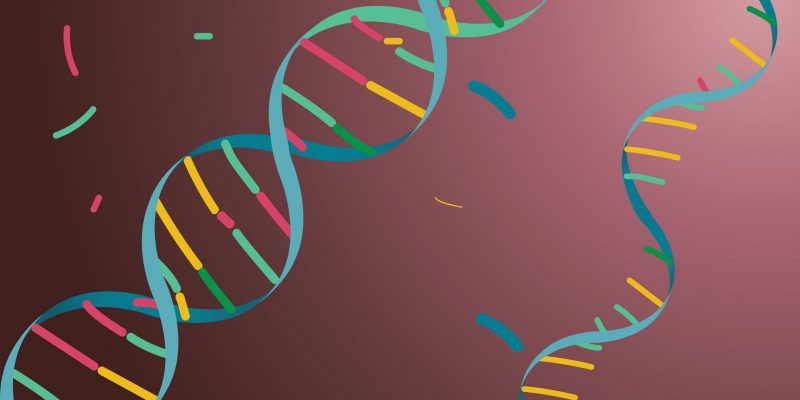 There are, in addition, other nucleic acids synthesized in the laboratory, that is, not present in any form of nature and that are analogous to DNA and RNA: