The Periodic table of elements It is a table in which all the chemical elements known to man are arranged, ordered according to their atomic number (number of protons), electron configuration and specific chemical properties.

It is a conceptual tool fundamental to the study of matter, the first version of which was published in 1869 by the Russian chemist Dmitri Mendeleev, and which has been updated over the years as new chemical elements have been discovered and the patterns underlying their properties have become better understood. properties.

The current periodic table is structured in seven rows (horizontal) called periods and in 18 columns (vertical) called groups or families. The chemical elements are arranged according to their properties from left to right throughout the periods and from top to bottom following each group. 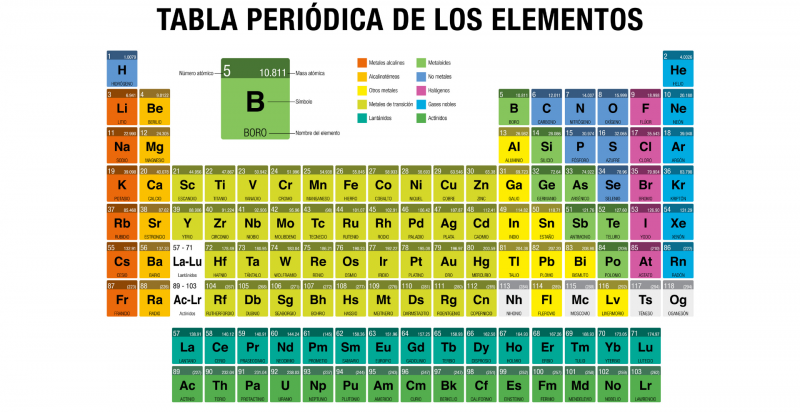 Groups of the periodic table

Numbered 1 through 18 from left to right, current group names are determined by the IUPAC nomenclature, approved in 1988 to unify the diverse forms of name that existed. The members of each group have similar electronic configurations and the same valence (number of electrons in the last orbit), so they have similar chemical properties.

According to IUPAC, there are the following groups of elements:

Another way to understand the Periodic Table is through its four blocks: