The boiling It is the physical process by which molecules in a liquid state reach a temperature point that turns them spontaneously gaseous.

Boiling is the opposite process to condensation and is natural insofar as the sequence of states in which matter can appear has the liquid and the gaseous order consecutively.

The fundamental explanation The process has to do with the fact that in the liquid state, the molecules are constantly moving and are linked together by attractive forces. Thus, when the temperature of a liquid is increased by supplying it with heat, the movement of its molecules increases until, if heat is applied, a point (boiling point) is reached at which this movement is sufficient to cause the particles to from the liquid separate and pass into the vapor phase. Once the liquid temperature reaches the Boiling pointIf heat continues to be applied, the temperature does not increase, since the energy provided by the heat is used in the liquid-gas phase change and not in increasing the temperature of the liquid.

The boiling temperature or boiling point is the temperature at which the vapor pressure of a liquid equals the pressure surrounding the liquid.

On many occasions the concept of boiling is used in a similar way to that of evaporation, since both refer to the passage of a substance from a liquid to a gaseous state.

However, evaporation is a process that occurs slowly and gradually. It can occur at any temperature, since it is generated on the surface of a liquid, while boiling has to do with the change in state of the entire mass of the liquid, and that is why it is directly related to an exact temperature point: all the particles of the liquid have enough energy to pass into the gaseous phase. 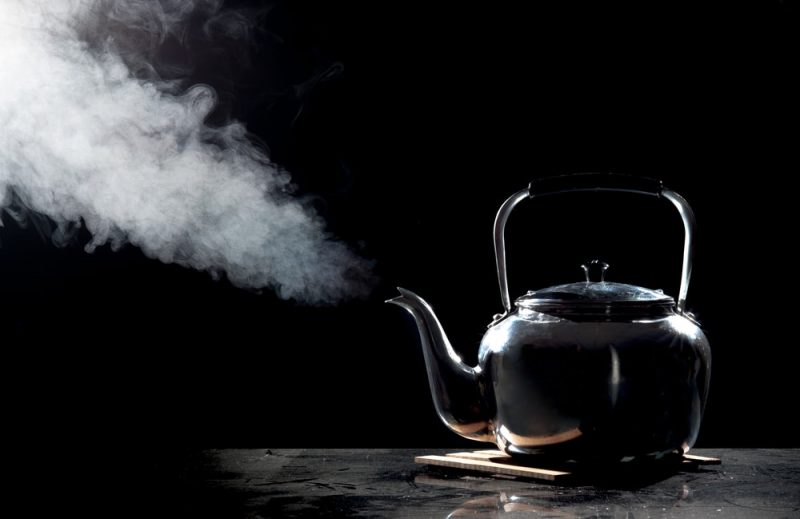 The ocean water it evaporates and forms water vapor, which is incorporated into the atmosphere rising and forming clouds, which then cool, condense and produce droplets that fall to the earth in the form of snow, rain or hail.

Some examples of boiling points of different elements and chemical compounds are: