The rocks they are the association of one or more minerals. They are produced by geological processes. Rocks are constantly modified by the action of different geological agents, such as water or wind, and by living beings. For instance: granite, limestone, marble.

Rocks are classified according to their properties:

The igneous rocks they are the result of the solidification of magma. Magma is a molten mineral mass, that is, it has a certain fluidity. Magma contains both minerals and volatile and dissolved gases.

Igneous rocks can be intrusive or extrusive: 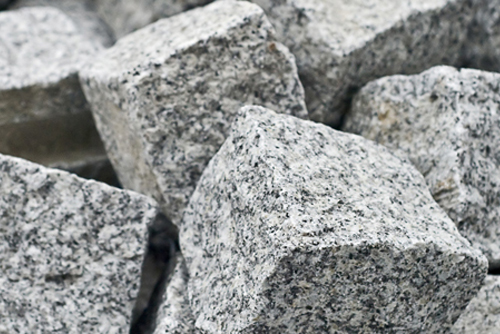 The sedimentary rocks They are formed from the alteration and destruction of other rocks that previously existed. In this way, residual deposits are formed that can remain in the same place where they originate or that are transported by water, wind, ice or ocean currents.

Sedimentary rocks are formed by diagenesis (compaction and cementing) of sediments. The different sediments form strata, that is to say layers formed by deposit.

The Metamorphic rocks are those that are produced by the evolution of a previous rock that was subjected to an energetically very different environment from its formation (for example, much colder or hotter, or by a significant pressure change).

The metamorphism it can be progressive or regressive. Progressive metamorphism occurs when the rock is subjected to a higher temperature or higher pressure, but without it melting.

Regressive metamorphism occurs when a rock that evolved at great depth (where there is greater pressure and heat) and as it approaches the surface becomes unstable and evolves.