A chemical compound It is the substance that results from the combination of two or more different chemical elements linked under a certain arrangement and in certain proportions. That is why there are countless chemical compounds; even combining just two or three kinds of atoms. Combining carbon, oxygen, and hydrogen atoms, for example, forms compounds as diverse as sugar, glycogen, and cellulose. For instance: sucrose, glycerol, sodium hypochlorite.

As there are so many chemical compounds, it is common to group them in some way to be able to study them. Some of the main groups of inorganic chemical compounds they are salts, oxides, acids. Within the organic ones, proteins, carbohydrates, nucleic acids and fats stand out.

The properties of chemical compounds are not the same as those of the elements that make them up. Each compound has a chemical name (which responds to certain nomenclature rules) and a formula, some compounds also acquire a fancy name, such as aspirin (which is acetyl salicylic acid). Fancy names are especially useful when the molecule is large and complex, as it becomes difficult to name it by describing it in chemical terms.

The chemical formula It indicates what elements compose it and how many atoms of each one it contains. That is why the formulas have letters (which are the chemical symbols of the elements) and numbers after each symbol in subscript position (which indicate the number of atoms).

The biological properties of compounds are also sometimes discussed, especially in the medical and pharmacological fields. Some compounds have anti-inflammatory properties, other antipyretic, vasodilator, muscle relaxant, antibiotic, antifungal, etc. In order to know the properties of chemical compounds, numerous experiments and measurements have to be carried out. 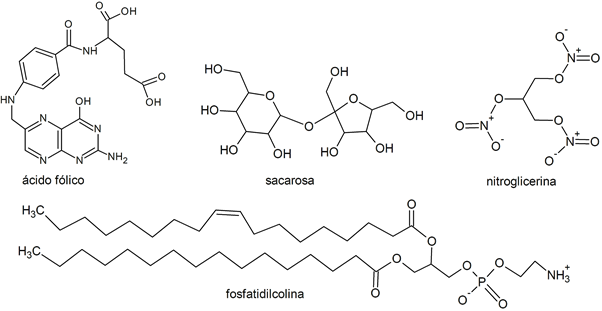