The % sign represents the percentage. When reading it, it says “percent”. For example:

The % symbol is very similar to fraction symbols, such as ½ or ¼. This is because the percentage is a form of fraction, where the denominator is 100. That is, the unit is divided into 100 equal parts. 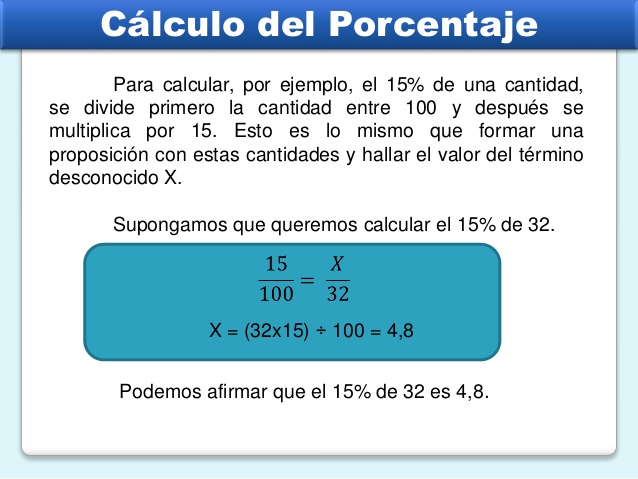 As with all fractions, a high percentage does not necessarily imply a large actual amount. For example, the ratio 7/8 is high and the ratio 1/8 is low. However, 7/8 of a piece of candy is much less than 1/8 of a cake. In other words, to know the real amount, we must always know the total amount of the unit, that is, what is being divided into equal parts.