The rivers They are fresh water currents that flow on the continents, from the higher altitudes to the lower parts. In this way, the relief is the factor that most determines the characteristics of the river, an element that is present both in the smallest streams to the rivers with the largest flow in the world.

The river flow It is not usually constant, and all of them usually flow into seas, lakes and sometimes into the ocean itself, through estuaries or other hydrographic formations that allow the space through which the water passes to be greatly expanded: through these semi-closed bodies of water A very particular aquatic environment is created, due to the complex physical and biological processes that are unleashed there.

There are occasions, on the other hand, that the river only flows into another river, which is the case of the so-called tributary rivers. The point at which hydrographic formations divide (or merge) is called the confluence, and the flow of the river that receives tributaries is always less than that of its predecessor. 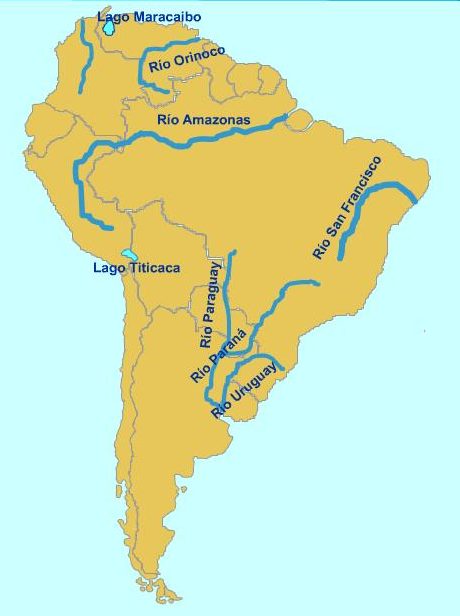 As in North America, in South America there is a Mountain chain that crosses the West of the continent from North to South, the Andean chain. In South America this chain is called the Andes Mountains, and it is fundamental for the purposes of the hydrographic formations that are formed on that continent.

The biome of the southern subcontinent is mostly tropical, in particular a humid forest biome: the aforementioned Amazon River basin it runs most of its journey through that region. The other biomes that form around the South American rivers include tropical evergreen forests, tropical forests with seasons, tropical savannas formed with natural grasslands, or mountain forests on the slopes of the Andes.

Examples of rivers in South America 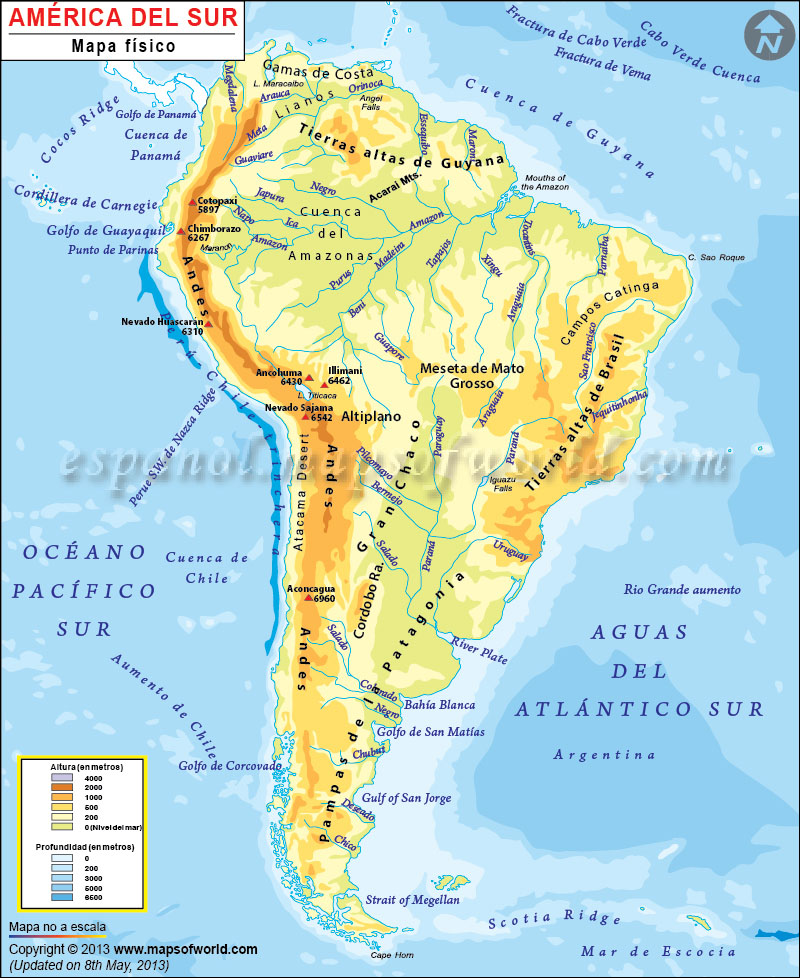 The following list includes some names of rivers in South America, with a brief description of some of them.