The diffusion and osmosis They are passive transport processes (they do not require extra energy to occur, as opposed to active transport) of particles of one or more substances that are in different concentrations of solute and come into contact with each other, either through a semi-permeable membrane. (particular case of osmosis) or some other means.

Diffusion is a physical process which is based on the flow of particles of a substance from an area of ​​high concentration of solute to one of low concentration, until the concentration is approximately the same in both areas. The movement of the particles is based on their kinetic energy, that is, there is no external contribution of energy for diffusion to occur. For instance: the passage of oxygen in the pulmonary alveoli.

This movement occurs in any of the states of aggregation of matter, but is more easily observed in the case of liquids and gases. The tendency of the movement is towards the formation of a uniform mixture of the two types of particles.

The scientist Adolf fick established in 1855 some laws that bear his name, and describe various cases of the diffusion of matter in a medium in which initially there is no equilibrium. These laws relate the flux density of the particles to the difference in concentration between the two separate media, its diffusion coefficient and the permeability of the membrane (in case the separating medium is a semi-permeable membrane).

Also read:  How is the silver extraction process? 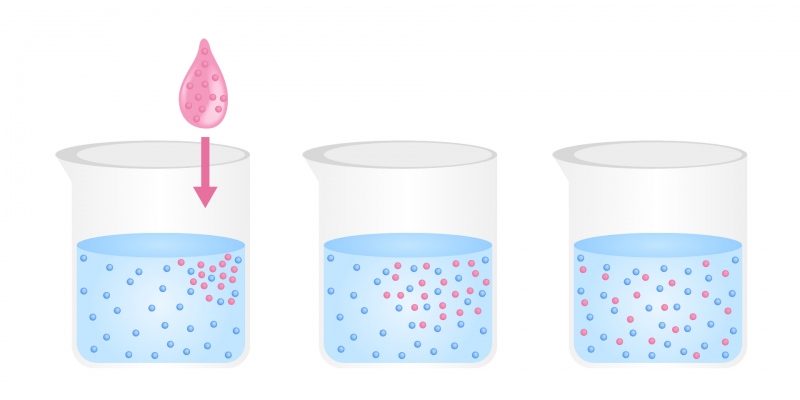 Osmosis constitutes a type of diffusion, but with two particular characteristics: 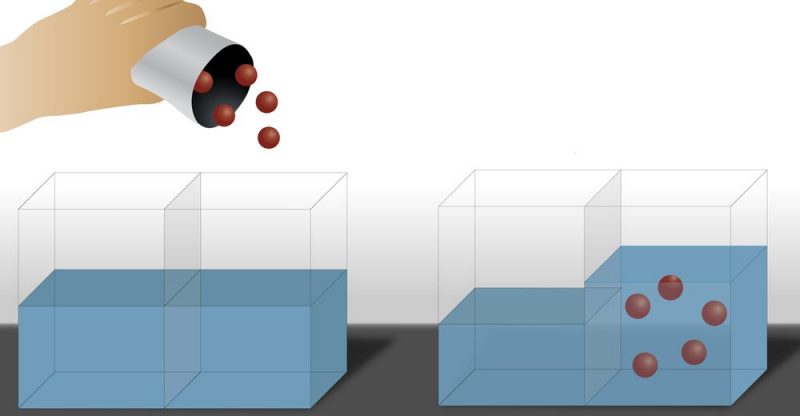 Because it is important?

The solubility of the solute in the solvent and the nature of the semipermeable membrane to be used are the fundamental factors that determine the efficiency of the osmotic process: one of the factors that influences the so-called ‘solubility’ are the interactions between the components of the solution.

The osmotic process It is essential in biological processes where water is the solvent, especially in those processes aimed at maintaining water and electrolyte balance in living beings, regulating water levels in the cell or in the body in general: without this process , there could be fluid regulation and nutrient absorption.

Examples of the osmosis process