The color of the iron is silver gray. In nature it is rarely free, but forms minerals and many oxides.

Iron represents 95% of world metal production. It has been used by humans for at least six thousand years. Usually it is not used in its pure state, except for its magnetic use, but rather as a matrix element for alloys with other metals and with non-metals.

Iron is an element necessary in the body, since it is part of proteins and is necessary for the oxygenation of tissues and the metabolism of cells. However, an excess of iron is harmful to health.

For that reason, cast iron water pipes are no longer being manufactured. Excess iron deposition in tissues is called siderosis. Furthermore, work in the iron and steel foundry has been shown to be a major cause of cancer.

Since iron is not found in its pure state in nature, it is obtained mainly from oxides and other minerals.

Most of iron reserves in mines they are found in Australia, second in Brazil, in Russia and in China. To extract iron from mines, explosives are first used to dislodge the rock. The material obtained is transported in trucks to the treatment plant.

However, prior to arrival at the treatment plant, trucks pass through metal detectors to check that iron is in your load. If not, the load is discarded. Once the load reaches the plant, the rocks are crushed.

The shredded material is separated into those that contain metal and those that do not, through one of two methods:

The selected fragments still have less than 70% iron. 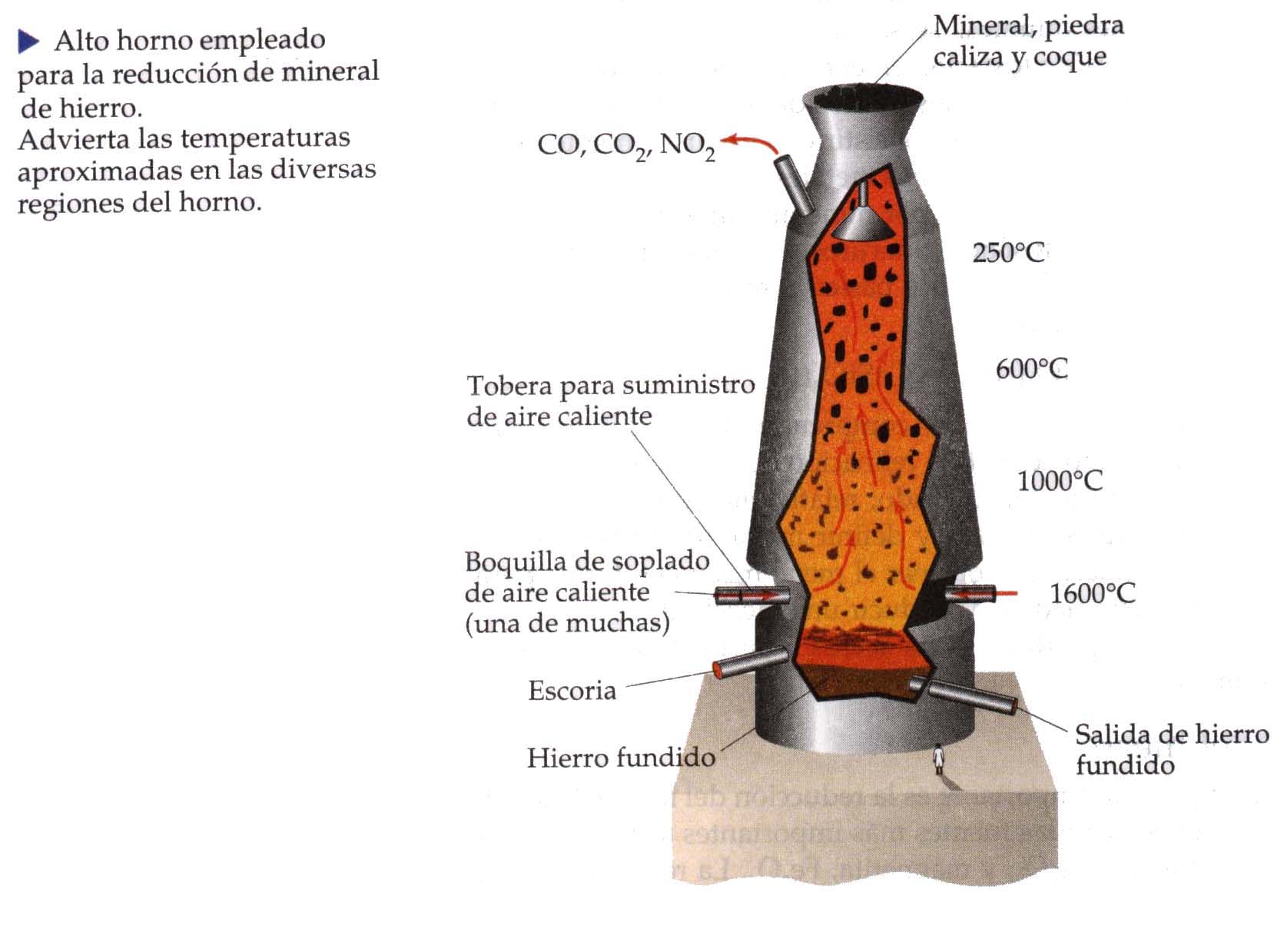 For purify them, are located in a blast furnace, where they reach high temperatures together with coke and calcium carbonate. As the temperature increases, gases are formed that allow carbon to react with oxygen, forming carbon dioxide, and later carbon monoxide.

Iron oxides bind to carbon monoxide, forming carbon dioxide and releasing the iron molecule. Once the temperature drops, the sulfur is removed through the air inlet. Of all the substances that entered the oven, two differentiated fractions are formed:

The pig iron is then subjected to new high temperatures in converter furnaces. In these furnaces the necessary gases are injected to produce steel, cast iron, wrought iron, or any other alloy.