The mnemonics It is a system made up of rules and methods that are used to remember or learn something specific: data, years, names, numbers or formulas. The basis of mnemonics is to use a previous knowledge to incorporate a new one.

There are multiple rules and mnemonic techniques that each person can create or adapt according to the concepts they need to remember. For instance: word association, acrostics, or visual mnemonics (like placing a book on the counter so you don’t forget to return it the next day).

The mnemonic rules They are widely used as a memorization technique to remember complicated words, city names or historical dates. They are a tool used by students to memorize concepts from different subjects.

Mnemonic rules often work well with images and many are related to writing. In general, in written mnemonic rules there is no relationship between the word that is used and the one that is to be remembered, but rather they serve as a method of association. For example: If you want to remember the word “Cartagena” you can think of remembering a letter that is from someone else: “Letter from another.”

Some characteristics of mnemonics are:

For example: A student wants to remember the countries of North America and creates the word: MEUC, based on the initials of Mexxic, ANDstates ORnests and Cto nothing.

Now the student will memorize that new word created, which will serve as a reference to remember the names of the countries.

For example: If a student wants to remember the name of a new teacher called “Aníbal”, he can associate it with a relative or neighbor of the same name and evoke a memory of that neighbor or relative who is called the same way.

For example: A student wants to remember a sequence: “icon, index and symbol”. Associate the initials of the three words: “i, i, s” with names of known people: “Irene and (which would represent the letter “i”) Sol ”and then memorize the phrase.

For example: A student has to learn five European capitals and creates the word: MALIROPABE to memorize the names of the cities of: Madrid, Lisboa, Roma, Palaugh and Berlin.

For example: A student wants to remember the year of the conquest of America: 1492. To do so, she invents and memorizes a story that includes the numbers 1, 4, 9 and 2: “The lady of the department 1 visited his neighbor from 4 floor and asked if he would accompany her to buy 9 breads for their 2 sons”.

For example: A student relates the shops that are on the block of his house with the name of the continents that he has to memorize and puts together a story: “In the first place there is Oceania, which is a bakery, then we pass by the greengrocer where Angelica attends, which is from America. In the clothing store I buy fabrics from Europe, in the bar they sell beers of Asia, I meet Germán just arrived from Africa”. 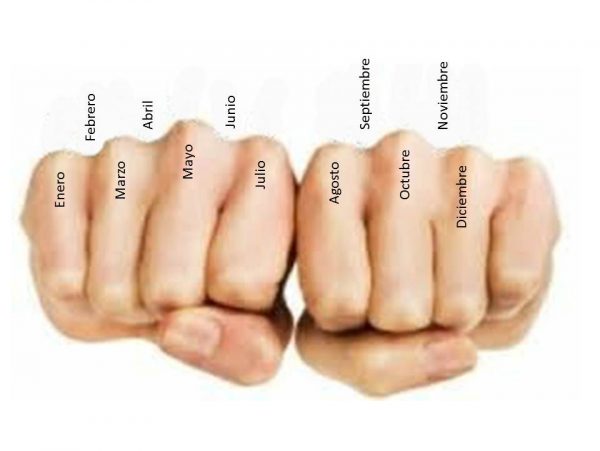