The organic trash They are materials originating from a living being (animal or plant) that have no use or that cannot be reused. Organic waste is continuously generated by living beings throughout the planet, in addition to being generated from many human activities, such as industrial processes or the daily actions of people (peeling a fruit, for example). For instance: mowed grass, sawdust, coconut shell.

Organic waste is easily recyclable, and if it is separated from inorganic waste and subjected to the appropriate processes, it can be reused as food, compost, construction material, ornaments, among others. 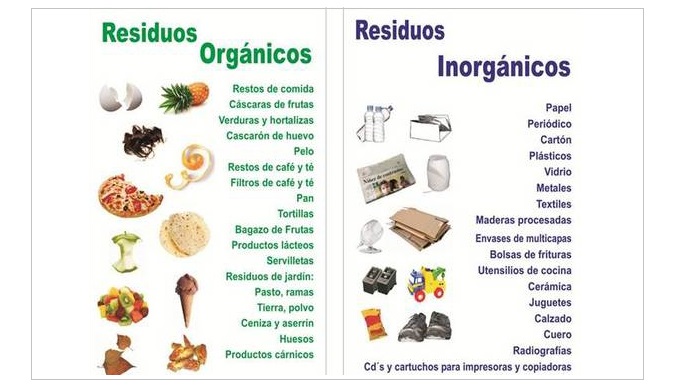 According to its origin, two different types of garbage can be distinguished:

The organic trash It differs from inorganic garbage in that the former can be disintegrated in a short time from the chemical processes generated by bacteria (decomposing organisms) that represent the final stage of the food chain.

The inorganic trashOn the contrary, it can require enormous amounts of time to be fully disintegrated, which can range from several decades to millions of years, and can be highly polluting during the decomposition process (as occurs with some plastics or with nuclear waste).

In general, we can say that organic waste can originate in three main ways: