The pH is an acronym that means hydrogen potential, and works as a measure of the acidity or alkalinity of a solution, since it indicates the concentration of hydrogen or hydronium ions ([H3O+] or [H+]) present in a solution.

The biochemist Sørensen proposed in 1909 that mathematically pH is defined as the negative of the decimal logarithm of the activity (effective concentration) of hydrogen ions in a solution. If the solution is dilute, the molar concentration can be used instead of the activity.

Where a (H+) and [H+] are the activity and molar concentration of hydrogen ions respectively.

The pH scale It is set between the number 0 and 14: 0 is the acid end, while 14 is the alkaline end. The number 7, the intermediate, is what is known as neutral pH.

How is pH measured?

For the pH measurement, a chemical called a pH indicator is often used. One of the best known indicators is Litmus Paper, a paper with adhered substances that are sensitive to changes in pH and cause the paper to change its color depending on the acidity of the solution in which it is immersed.

The more acidic substances They will turn the paper pink, while the most basic ones will turn it blue. Some of the papers of this type have markings of the levels of colors that they acquire according to the pH, so that whoever uses them can decode the level of hydrogen potential simply with the color.

However the litmus paper it is not completely accurate, and in cases where it is not accurate enough, a device known as a pH meter is used. This is a measuring instrument generally consisting of a silver / silver chloride (Ag / AgCl) electrode and a glass electrode sensitive to hydrogen ions. Thus, the pH can be measured by the variation of potential between both electrodes when they are immersed in a solution.

Examples of the pH of certain substances 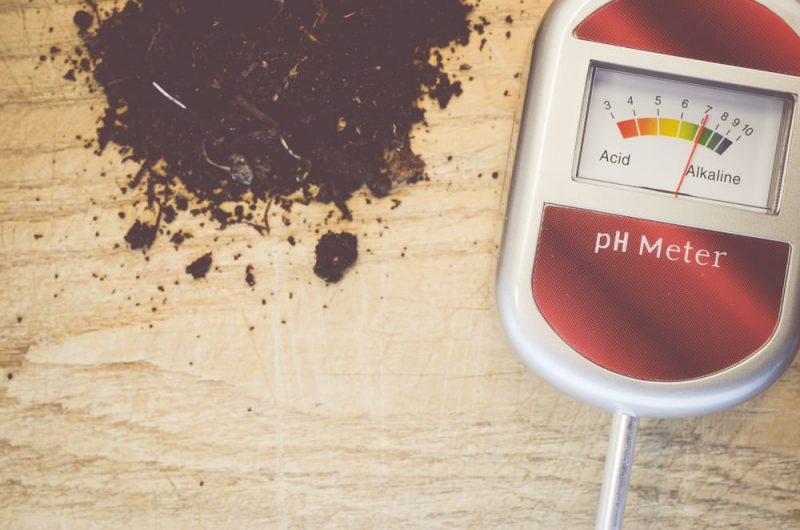 How to keep the pH constant?

Sometimes the laboratory procedure you need to prepare and store a solution with constant pH. The preservation of this solution is more difficult than its preparation, because if it comes into contact with air it will absorb carbon dioxide and it will become more acidic, while if it is stored in a glass container it will become more alkaline due to the effect of impurities. detached from the glass.

The buffer solutions They are those capable of keeping their pH stable in a certain pH range against the addition of relatively small amounts of strong acids or bases.