The pyramids are built based on two indices: the birth rate and the death rate, and refer to the type of economy, social and cultural level that a country has.

To build a pyramid, take the data, which are usually obtained from population censuses, and are reflected in bars arranged horizontally that symbolize the number of people for each age range (children at the base and adults at the tip). On the right side of the axis the data for the female population is plotted and on the left for the male population. 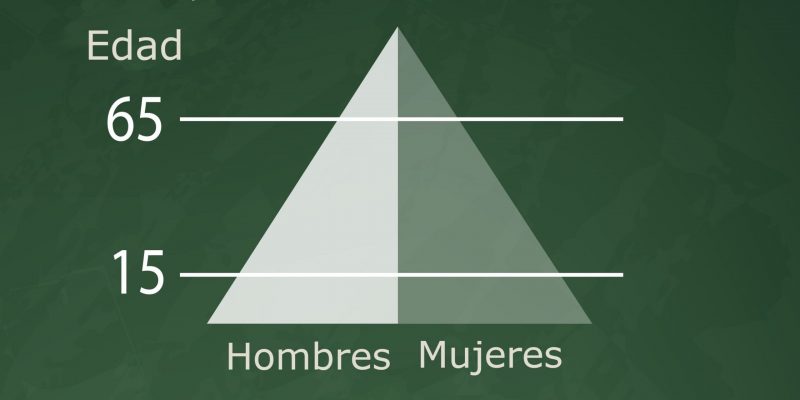 It is a type of pyramid that has a wide base Due to a high birth rate, they are countries with a mostly young population. Mortality levels occur progressively and life expectancy is not high.

This pyramid is characteristic of underdeveloped countries. For example: Haiti and Mozambique. 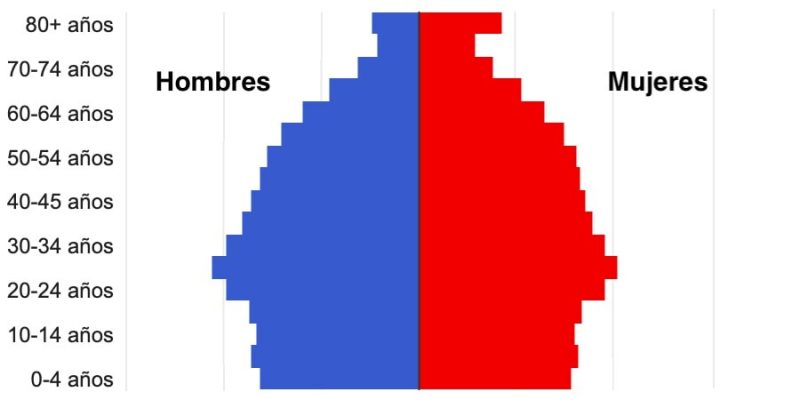 In these countries there is a similar number of young people and older adults. For example: Turkey and Chile.

It is a type of pyramid that represents societies in which the death rate and birth rate are very low. They usually establish policies of reception of immigrants or facilities for people with large families.

This pyramid is usually observed in developed countries. For example: Canada and Japan.

Examples of countries with a progressive pyramid

Examples of countries with a stationary pyramid

Examples of countries with a regressive pyramid