The animal courtship or sexual courtship is the ritual practiced by members of some species of animals by means of which an individual, generally male, seduces a female of the same species to mate with her. Faced with this behavior, the female can receive it or reject it.

There are multiple mating rituals that vary according to each animal species and include different instinctual techniques: dances, gestures, songs, tests of strength and endurance, manifestations of affection. With these attitudes the animal seeks to seduce the couple to achieve the mating that has reproductive purposes. For instance: LMale peacocks attract females by spreading their colorful tail like a fan; male flamingos march and move their necks to attract the female. 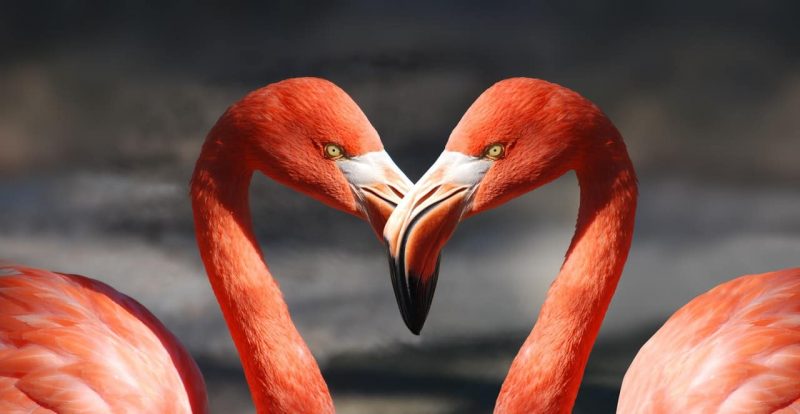 Courtship sends the brain of the male and female the specific command to mate, which generates an increase in sexual motivation and a decrease in the levels of aggressiveness of the male. The difference between the courtship rituals in each species allows similar or related species to remain isolated.

When selecting their mate, the females look for and distinguish the best attributes of the males of their species, to choose the option that guarantees a good genetic inheritance for their offspring.