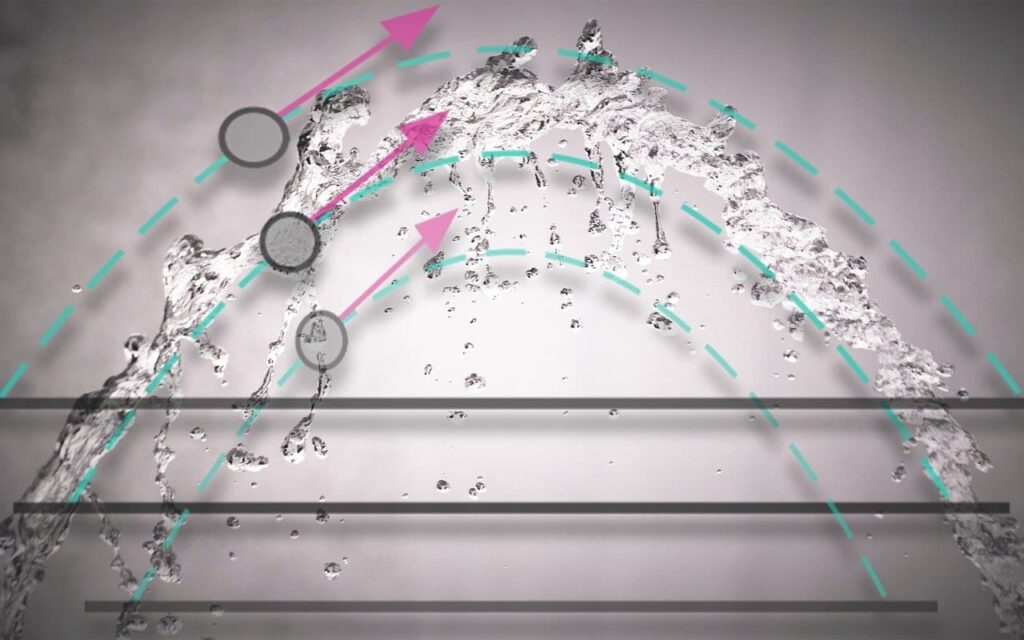 It is called parabolic motion or parabolic shot the displacement of an object whose path traces the shape of a parabola.

The parabolic movement is characteristic of an object or projectile subject to the laws of a uniform gravitational field that crosses a medium of little or no resistance and is considered the conjunction of two different movements simultaneously: a uniform horizontal displacement and other accelerated vertical.

It is the movement of any object that is thrown with a speed that has a component parallel to the earth’s surface and another perpendicular. The thrown objects would trace an ellipse with one of their foci in the gravitational center of our planet if it weren’t for the fact that they find the ground before they can. Thus, its path is finally that of an ellipse segment, coinciding with a parabola.

For this reason, the formulas of the parabola are used to calculate this type of movement.

In addition, the parabolic shot always obeys the following considerations:

To get the maximum height time:

to) To get the maximum height:

b) To obtain the total time, simply multiply the maximum height time by 2, since we know that the trajectory in this case is symmetric: the projectile will take twice as long to fall as it did to reach its maximum height.

c) To obtain the maximum range, the formula will be used:

to) To get the distance traveled:

b) To obtain the height reached:

c) To get the total time: