Are piscivorous animals those that feed mainly on fish. They are a subgroup within the animals called carnivores, within the classification that separates the animals according to their food source. For instance: pelican, sea lion, African tiger fish.

The features of piscivorous animals are having large legs, with long claws, and also having a highly developed calcar which is precisely what allows them to catch fish.

In general, the constant movements that fish make in the water and how strange that surface is to other kinds of animals make it very difficult to catch them. However, when it comes to birds, piscivorous animals are generating strategies to be able to get hold of their prey, which they detect from some kind of disturbance in the water. Three important ones are distinguished:

In addition to birds, some piscivores are marine animals with a very large physical build and feed on smaller fish. In this way, the existence of piscivorous animals plays a central role in relation to life in the sea, and causes some fish to develop defensive behaviors associates.

One of them is the mimicry, the ability of some fish to develop crystalline colors that makes them virtually unrecognizable to the eyes of predators. However, predators also sometimes camouflage themselves to catch fish, finding them by surprise.

Among fish-eating birds there is a considerable amount of dinosaurs extinct, which inhabited the plant millions of years ago. This is striking since they were sometimes large terrestrial animals, but they were nevertheless capable of adapting to satisfy their need to feed on fish.

The Baryonyx, for example, it developed a long, low snout with narrow jaws full of teeth, and claws like hooks to help it search for prey; the reptile Plesiosaurus, on the other hand, lived on the land and had U-shaped jaws and sharp teeth, which may have served as a trap for fish. 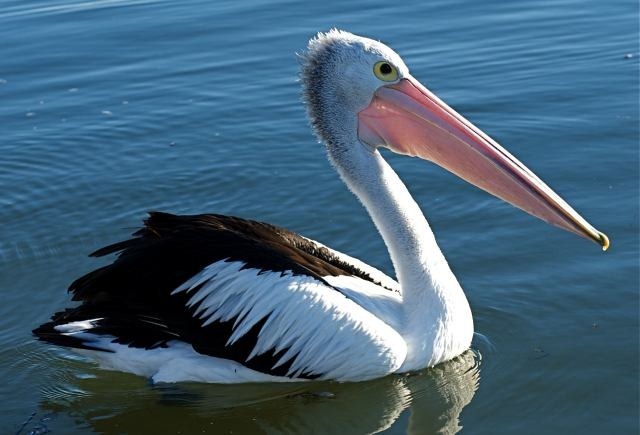